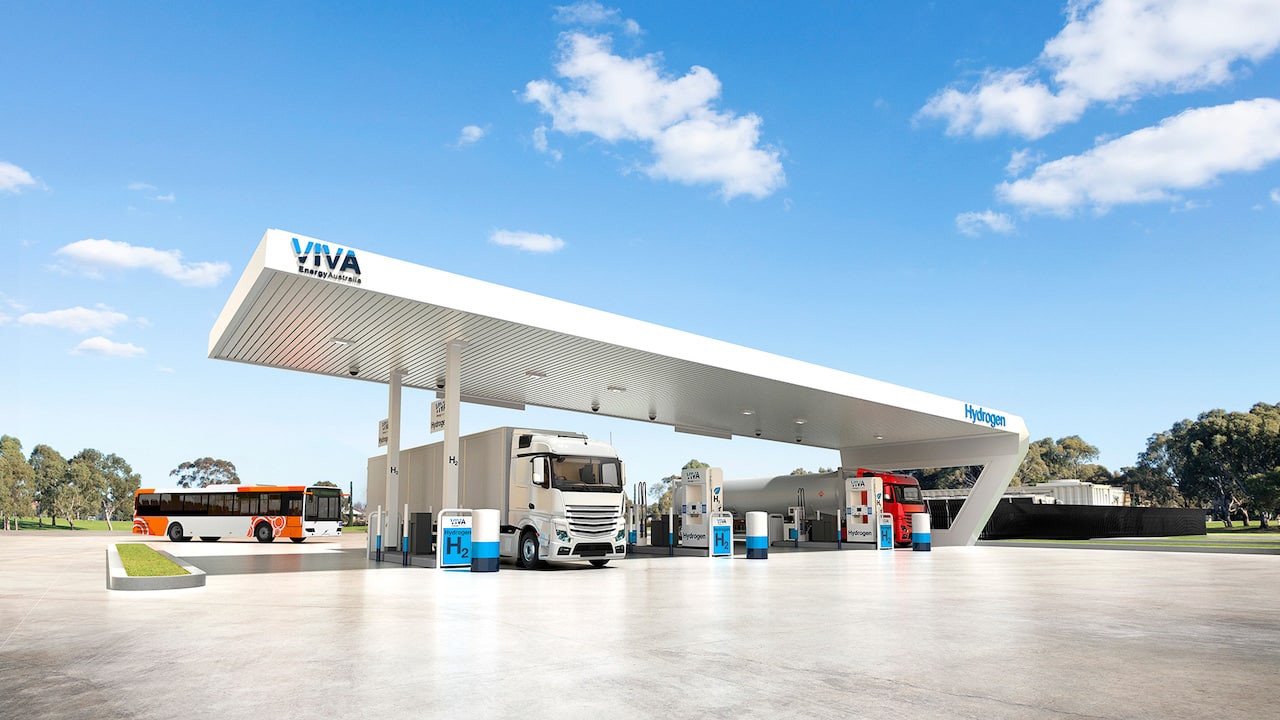 
Viva Energy has announced major new milestones towards the delivery of its hydrogen fueling station, which is expected to be delivered in the third quarter of 2023.

Viva Energy has ordered a 2.5 megawatt electrolyzer for the creation of green hydrogen and a rapid hydrogen delivery system, capable of refueling several vehicles at once.

The electrolyser will produce hydrogen by using renewable electricity to separate water molecules into hydrogen and oxygen.

The containerized electrolyser is supplied by New Hydrogen US and its local partner ENGV, and is expected to be the largest in Australia by a considerable margin.

Once installed, it will be at least twice the size of any other electrolyser producing green hydrogen in the country.

The state-of-the-art system will be the largest in Australia and will be capable of dispensing 300 kilograms of hydrogen in just under two hours.

Together, the equipment will provide Viva Energy with the capacity to generate and deliver more than 1,000 kilograms of green hydrogen per day, powering a fleet of at least 15 heavy-duty hydrogen fuel cell vehicles.

These are essential first steps in the company’s vision to establish Australia’s most ambitious hydrogen mobility project, which is expected to be the catalyst for a network of hydrogen fueling stations from Geelong and Melbourne to Sydney and Brisbane.