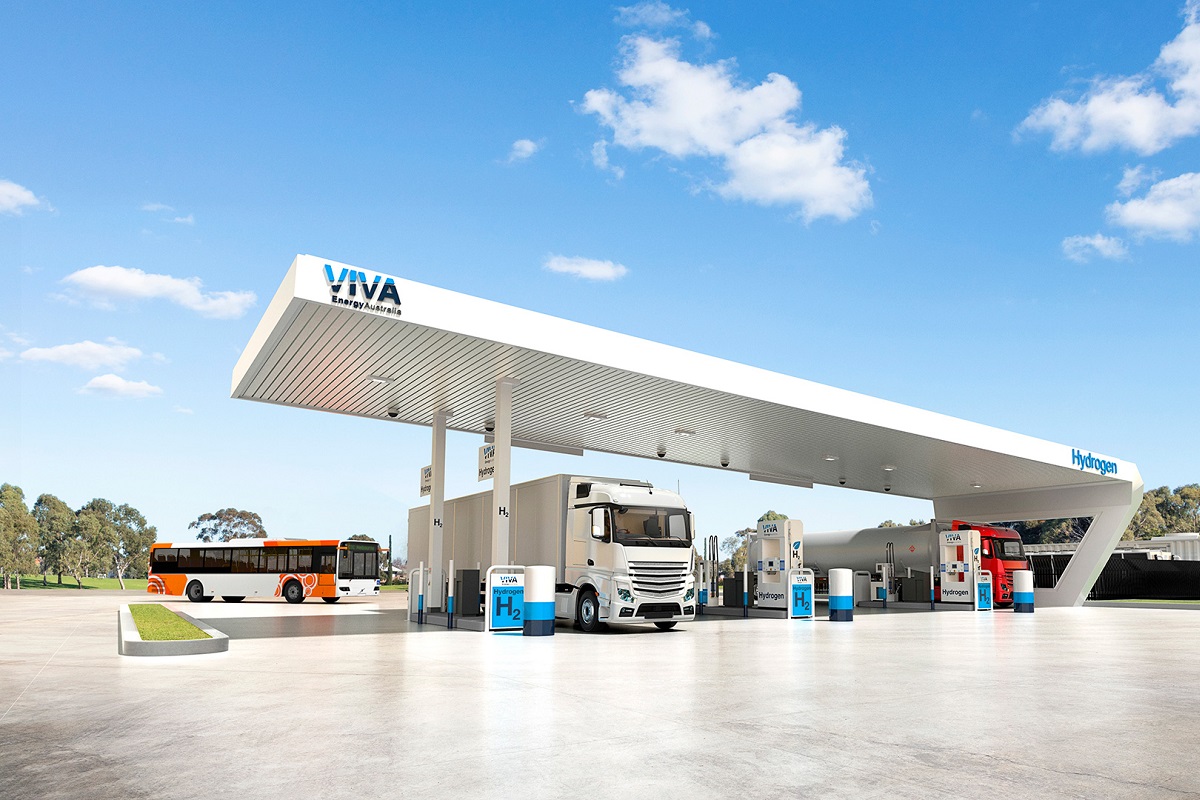 Viva Energy has made further progress towards the delivery of its industry-leading hydrogen fueling station, which is scheduled to open in late 2023.

The Geelong project, which is designed to serve a diverse set of Australia’s largest commercial transport fleets, has achieved several significant milestones.

Viva Energy has placed orders for a 2.5 MW electrolyser for the creation of green hydrogen as well as a rapid hydrogen delivery system capable of refueling multiple vehicles at once. This equipment will be the first of its kind in the Australian market.

The containerized electrolyser is supplied by Nel Hydrogen US, a subsidiary of Nel ASA in Norway, together with its local partner ENGV, and is expected to be the largest in Australia by a considerable margin. Once installed, it will be at least twice the size of any other electrolyser producing green hydrogen in the country.

Additionally, Viva Energy is partnering with Air Liquide to provide a “quick fill” hydrogen refueling package designed to refuel at least 10 trucks or buses consecutively. This state-of-the-art system will be the largest in Australia and will be able to dispense 300kg of hydrogen in less than two hours. This will provide Viva Energy’s hydrogen customers with a refueling experience similar to today’s traditional filling station.

Together, this equipment will provide Viva Energy with the capacity to generate and deliver more than 1,000 kg of green hydrogen per day, powering a fleet of at least 15 heavy-duty hydrogen fuel cell vehicles.

These are essential first steps in Viva Energy’s vision to establish Australia’s most ambitious hydrogen mobility project, which is expected to be the catalyst for a network of hydrogen fueling stations from Geelong and Melbourne to Sydney. and Brisbane.

Viva Energy’s hydrogen mobility project was made possible by funding of $22.8 million from the Australian Renewable Energy Agency (ARENA) and $1 million from the Renewable Hydrogen Commercialization Pathways Fund of the Victorian government.

Green hydrogen is not currently available in commercial quantities that can be delivered to Australia. Viva Energy’s delivery model therefore involves the production of green hydrogen on site through the use of renewable electricity and recycled water.

The electrolyser will produce hydrogen by using renewable electricity to separate water molecules into hydrogen and oxygen. Recycled water will be supplied by Barwon Water’s North Water Plant.

Viva Energy has extensive experience in the safe operation of high voltage and hydrogen infrastructure at its nearby Geelong Refinery site and currently generates around 70 tonnes of hydrogen per day as part of the oil refining process. .

The project illustrates the benefits of industry and government working together to address carbon emissions in the commercial road transport sector. It is also closely linked to Viva Energy’s ambition to achieve net zero carbon emissions by 2050 and supports the company’s goal of helping customers achieve their own sustainability goals.

Cities are buying more electric buses, but a European delay is needed