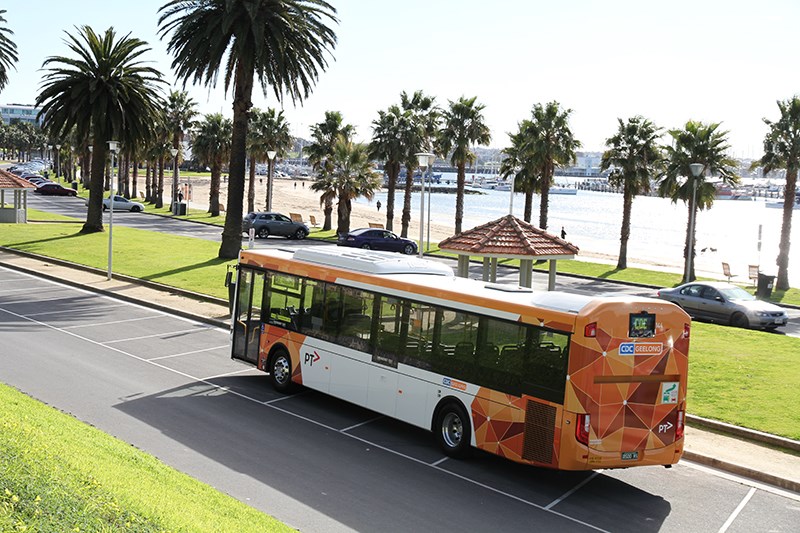 By: Fabien CotterPhotograph by: stock

TO SUPPORT the adoption of hydrogen fuel cell electric vehicles (FCEVs) in heavy-duty fleets, Viva Energy Group Limited (Viva Energy) will receive $22.8 million in federal funding and $1 million in government funding from the state to “…develop, construct and operate the New Energy Service Station located in Geelong, Victoria,” it was announced recently.

The project will be built opposite the Viva Energy oil refinery and will include a 2 MW electrolyser as well as hydrogen compression, storage and distribution infrastructure, says the Australian Renewable Energy Agency (ARENA) – on behalf of the Australian Government. The service station will also include 150 kW electric vehicle (EV) charging facilities, he adds.

ARENA’s funding will go towards both renewable hydrogen and EV infrastructure, as well as subsidizing the purchase and operation of 15 hydrogen-powered FCEVs to help accelerate FCEV adoption, explains he. Its funding for the FCEVs will be paid upon delivery of the vehicles, he confirms.

All vehicles will be purchased and owned by the project’s “founding” partners: Toll Group, ComfortDelGro Corporation Australia, Cleanaway and Barwon Water, who have “…committed to purchasing hydrogen FCEVs for their fleets”, including prime movers , sewage and municipal waste collection vehicles. and buses.

The project’s location next to Viva Energy’s Geelong refinery provides a number of benefits to the project, including a high level of visibility due to its proximity to major arteries and its location within an existing industrial area, as well as access to high-voltage infrastructure and access to recycled water from the nearby Barwon Water recycling plant for hydrogen production, ARENA explains.

“We are delighted to be working with Viva Energy to build Australia’s first publicly accessible hydrogen refueling station for independent fleets,” he said.

“This project will be a key opportunity for the early adoption of commercially viable hydrogen and a fueling station model that could be replicated across Australia as the price of electrolyser technology comes down,” Miller said.

Viva Energy CEO Scott Wyatt said, “This ARENA funding has opened the door for Viva Energy to work with long-term customers to demonstrate the important role hydrogen will play in the future of transport in Australia.

“This project puts hydrogen-powered vehicles on the road to prove their value in everyday business operations while reducing the carbon footprint of the heavy-duty transportation we rely on every day,” Wyatt explained.

CDC and its long-term supply partner Viva Energy have worked with the federal government through the Australian Renewable Energy Agency (ARENA) and the Victorian government through the Department of Environment, Lands, Water and Planning (DELWP) to launch what promises to be, “…Australia’s most ambitious green hydrogen mobility project.”

To clarify, the New Energies Service Station project received a $1 million grant from the Victorian government through the Renewable Hydrogen Commercialization Pathways Fund, the CDC confirms. The refueling station is expected to be established in Geelong by the end of 2023, it adds.

CDC’s two fuel cell electric buses (FECVs) are expected to serve customers from late 2023 and offer them a smoother and quieter ride compared to their diesel-powered counterparts, it says. These buses will be manufactured and delivered by an Australian manufacturer, Aluminum Revolutionary Chassis Company (ARCC), headquartered in Smithfield, Western Sydney, NSW.

Achieving zero emissions across Victoria’s bus fleet is key to meeting the state’s legislative commitment to net zero emissions by 2050, and Victoria’s Department of Transport is working with bus operators towards this transition, says the CDC.

“We see strong potential for hydrogen and, importantly, an ecosystem of Australian-based suppliers collectively driving towards a cleaner future for Australians. Our deployment of two new hydrogen buses is also great news for our customers in Geelong. , who will experience this exciting technology and a smoother ride in their daily commute.”

Viva Energy’s Wyatt adds that Viva Energy is delighted to partner with ComfortDelGro Corporation Australia (CDC) to demonstrate the important role hydrogen will play in the future of public transport in Victoria and Australia.

“ComfortDelGro Corporation Australia has taken this journey with us and we share their excitement about what it means for the future of zero-emission public transport,” Wyatt said.

ARENA has already funded light-vehicle hydrogen FCEV projects with Toyota to build refueling infrastructure at its repurposed Altona car manufacturing site to support passenger vehicles and forklifts, and BOC, which will install a refueling station. hydrogen refueling in Brisbane for passenger fleets.

ComfortDelGro Group operations span from the UK, Singapore, New Zealand and Ireland to Australia, Malaysia and China, with a combined fleet of over 40,000 vehicles, confirms- he.

Viva Energy is one of Australia’s leading energy companies and supplies around a quarter of the country’s liquid fuel needs, it says. It is the exclusive supplier of high-quality Shell fuels and lubricants in Australia through an extensive network of around 1,330 service stations across the country, it says.

Viva Energy owns and operates the Geelong Refinery, strategically located in Victoria, and operates bulk fuels, aviation, bitumen, marine, chemicals and lubricants businesses supported by over 20 terminals and 50 airports and airfields across the country, he confirms.

Sign up to receive the ABC e-newsletter, digital magazine and other offers we choose to share with you directly to your inbox

Bull Bucks should work like a credit card – The Oracle

Prayers for American Troops and Families in Europe – Catholic Philly