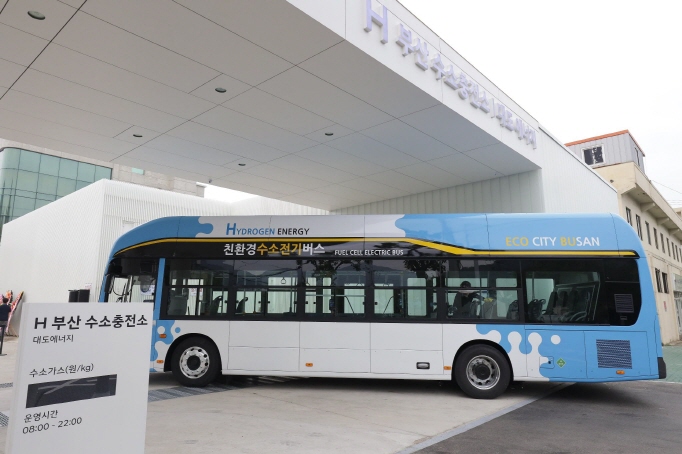 The company will build charging stations for hydrogen fuel cell electric buses in the United Arab Emirates (UAE), which are also capable of producing hydrogen by water electrolysis, and carry out operability assessments of by December 2025.

A research team led by the company will work on the development of hydrogen production by electrolysis of water as a secondary source of renewable energy.

The technology aims to produce more than 35 kilograms of hydrogen per hour, provide two consecutive and simultaneous charges for two buses and fill more than 1,000 kilograms every day.

Starting this month, the company will invest a total of 34 billion won ($30 million) by December 2025.

In the initial phase, the company will select local authorities to acquire land and hydrogen buses for an operability assessment.

Next, the company will conduct an operability assessment and optimize the technology of hydrogen production and filling facilities capable of withstanding the hot environment of the United Arab Emirates.

Hydrogen vehicles in Europe – is there growing support?