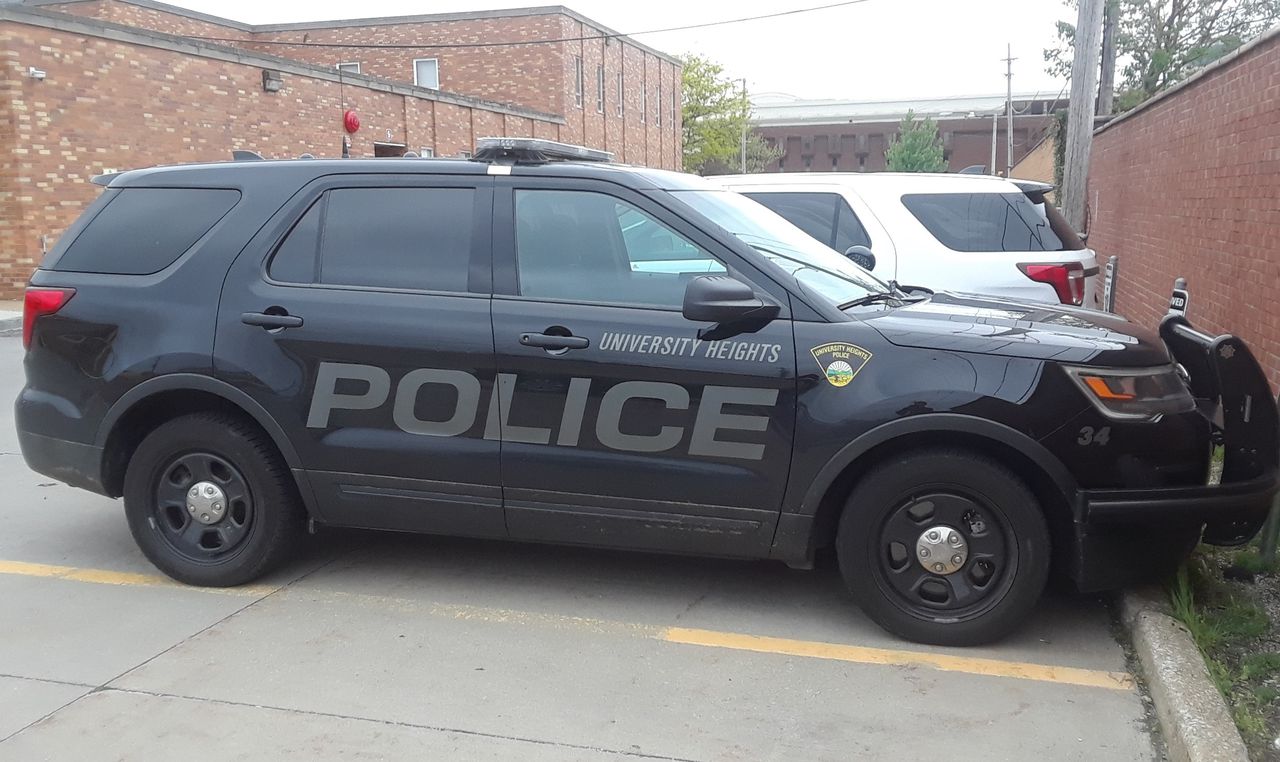 At 12:05 a.m. on June 23, a waiter at Swensons Drive-In, 14510 Cedar Road, reported that a male customer got mad at him, got out of his car, and punched him. The server, a 21-year-old man from Hudson, was punched in the side of the face but refused to receive medical attention.

Police searched the area but could not find the suspect’s car.

At 11:25 a.m. on June 22, a 28-year-old Cleveland Heights woman went to the University Heights Police Station to report that someone had stolen her cell phone from a shopping cart she pushed into the Target lot, 14070 Cedar Road. The woman said she didn’t see who picked up the phone.

At 3:25 p.m. on June 22, an officer stopped a Ford Focus for speeding. The driver, a 32-year-old Cleveland woman, was cited for speeding, driving with a suspended license, driving without a valid license and displaying expired plates. The police seized the car.

At 7 p.m. on June 24, a 59-year-old woman called the police at her home, reporting that an unwanted guest was present. This unwanted guest, she said, had harassed her and damaged her home. The suspect had left when the police arrived. The detective office is investigating.

At 10:25 a.m. on June 21, a 58-year-old woman reported that the previous day she had discovered that her wallet was missing. The night she found the missing wallet, she began receiving fraudulent purchase alerts for several purchases made with her credit card.

The woman also reported $4,000 missing from her home. The police are investigating.

At 4:35 p.m. on June 24, police were called to the 3700 block of Washington Boulevard to a report of a man injuring a dog. The officers who arrived found that the incident was not in progress.

Police spoke to a 45-year-old woman and her 22-year-old daughter, who said when they returned home that afternoon, they found a laceration on their dog’s back. The women believed that the mother’s son (the daughter’s brother) was responsible. Police took the 21-year-old to hospital for a psychological evaluation.

At 7.15pm on June 24, police were called to CVS/Pharmacy, 14440 Cedar Road, following a report of a male trespassing. At the store, officers learned that the man had stolen merchandise.

Police charged the man, 46, of University Heights, with theft. He also received an intrusion warning.

At 10:55 p.m. on June 26, officers were dispatched to the 2500 block of Warrensville Center Road following a report of an ongoing fight between a boyfriend and girlfriend. When police arrived, the man fled.

The woman, 22, from South Euclid, was taken to hospital for treatment for minor injuries. Police brought a K-9 to the scene, but could not locate the man.

Shortly after, however, the man surrendered. Euclid’s 20-year-old man was arrested and taken to Solon Prison. The police are investigating.